A new report recommends that more children and young people with life-limiting conditions in Scotland, should have input from palliative care services. 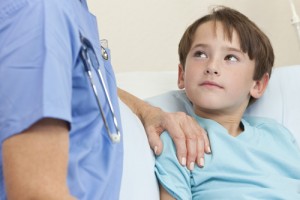 The University of York report entitled “Children in Scotland requiring Palliative Care: identifying numbers and needs (The ChiSP Study)” was commissioned by The Managed Service Network for Children and Young People with Cancer (MSNCYPC), through Children’s Hospice Association Scotland (CHAS).

By analysing healthcare and administrative data, the report reveals rising numbers of children and young people in Scotland, who have a life-limiting condition.

It is clear that the potential demand for palliative care in the 0-25 year age group outstrips the current provision.

PATCH is the first charity specifically to support and identify ways to deliver 24/7 specialist end of life care for hospital patients. PATCH believes that all hospital patients should have access to specialist palliative care when they need it, regardless of their illness, and that there should be skilled staff to provide it.

PATCH is totally committed to raising the profile of end of life care in hospitals and is working with government, hospices, other charities and professional bodies to do so.