£1000 was raised at a golf competition held in aid of PATCH. 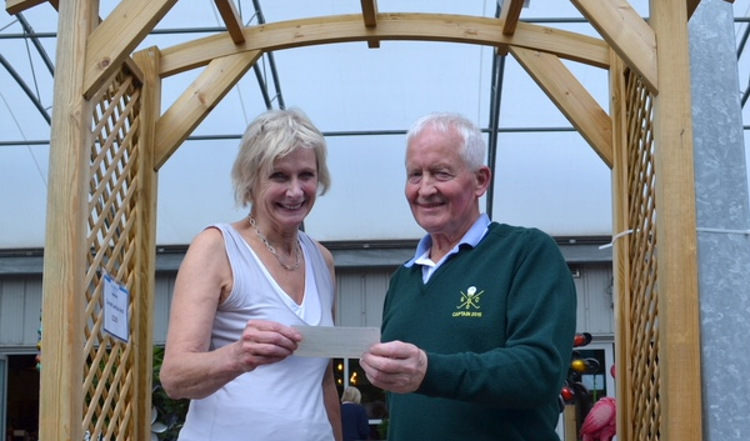 Albert Thompson handing over the £1,000 cheque to Pamela Levack.

A golf competition in aid of PATCH was held on Friday 10th August at the privately owned Monksford Golf Course, near Melrose, by kind permission of the owner Mr Paul Rooney.

Nine teams of four played in a Texas Scramble with all thirty six players enjoying the sunshine and the well-manicured course, while helping to raise the considerable sum of £1000.00 for PATCH.

Prior to prize giving, the Medical Director of PATCH, Dr Pamela Levack, outlined the origin, and activities of the charity, which include projects in the Borders.

The event was organised by Albert Thompson of Minto Golf Club, who in the past has organised several similar charitable golfing events to raise funds for the Sick Children’s Hospital, the Margaret Kerr Unit and now PATCH.

The picture shows Albert Thompson handing over the £1,000 cheque to Pamela Levack.