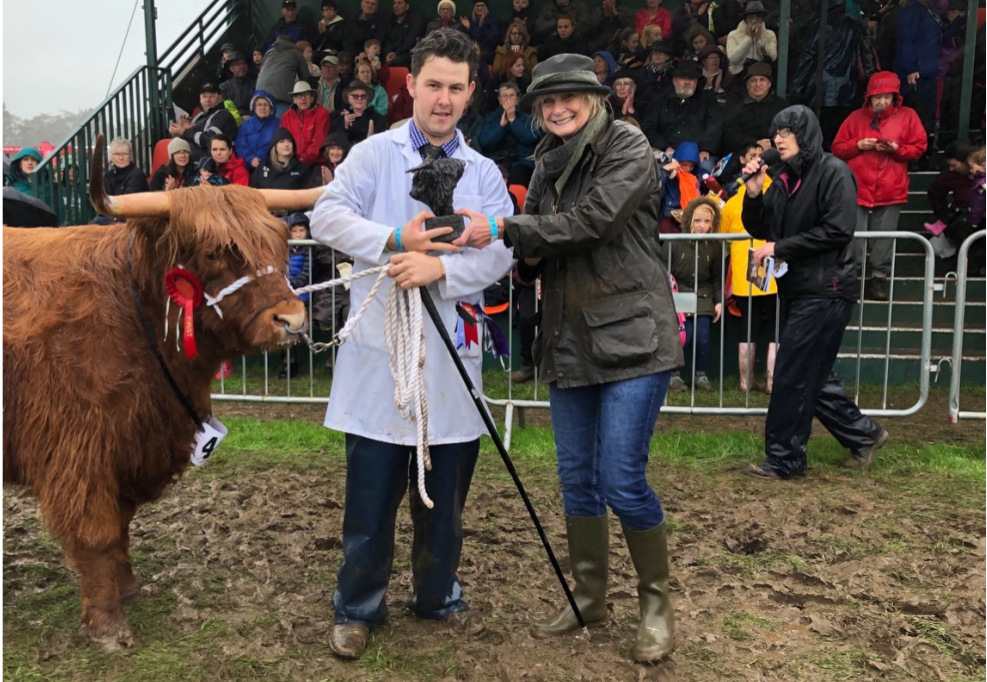 Dexter is seen here being presented with the PATCH trophy by the Medical Director of PATCH, Dr Pamela Levack.

The striking PATCH perpetual trophy created by Lady Sally Nairn, the wife of our Chairman, was first awarded to the Champion at a Highland Cattle Show at the Nairns’ home, Balnabroich, in September 2017.

The trophy was awarded for a second time at the Highland Gathering held as part of Westmorland County Show on 12 September 2019. The winner was Dexter Logan of Blairlogan Highlanders with his outstanding two-year heifer Ban-Iarla-Morag 9th.

The weather on Show day was ‘challenging’ with almost incessant rain and the PATCH team was extremely grateful for use of the Highland Cattle Society tent to shelter from the downpour.

Our display attracted a lot of interest with sales of Christmas cards and donations raising £800. We were very grateful to the Highlanders exhibitors who very generously elected to hand over to PATCH the whole of a £500 donation that they had received from an agricultural supply company.