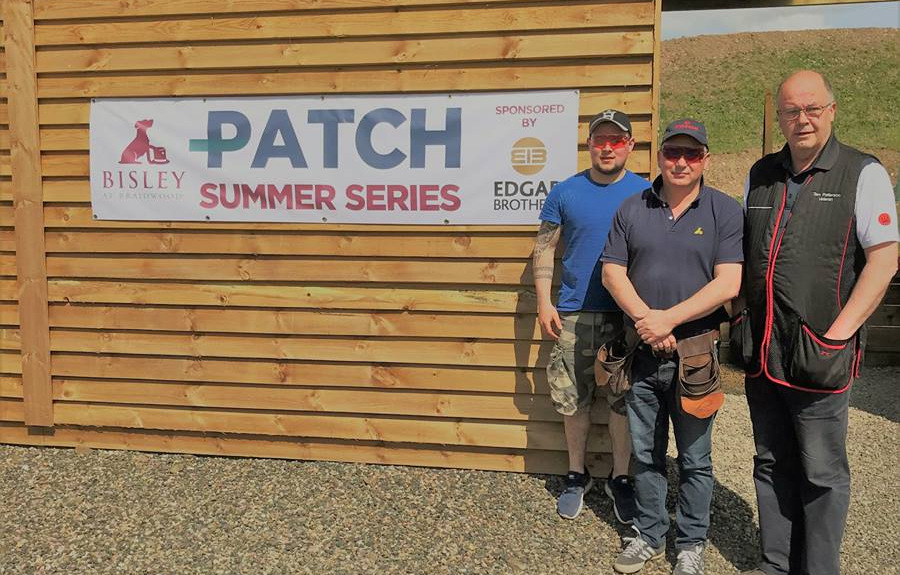 News release – On Saturday 12th May the first PATCH Summer Series competition was launched at the Bisley at Braidwood clay pigeon shooting ground at Midlem. This new partnership venture between the charity PATCH (Palliation and the Caring Hospital) and the Bisley at Braidwood team will run throughout the summer culminating in the award of the top high gun prize in October. A proportion of the entry fee for all the events in the series will be donated to support the work of the charity.

PATCH is dedicated to providing the stimulus, funding and experience to increase the availability of palliative care services across Scotland. Since its establishment in 2013 it has supported a diverse range of projects in the fields of education and training and research, development and innovation. In partnership with NHS Borders PATCH has funded the development of enhanced nursing skills to deliver palliative and end of life care. Twelve nurses have attended the course to date with further courses planned for this year.

Alan Grierson, General Manager at Bisley at Braidwood, explained the format of the competition and the generous sponsorship of the top prize by Edgar Brothers. “The series will consist of five 75 bird shoots on dates throughout the summer, from which at least four scores must be submitted in order to qualify for the sixth and final event in October. The nature of the competition is designed to be varied and will utilise different aspects of the Braidwood shooting ground, so do not expect the course to be the same each time! To enter you simply need to begin recording your scores at each event; competitors with the top 25 cumulative scores will be invited to compete in the 100 bird Super Final on 7th October.”

“This year’s event is sponsored by Edgar Brothers, and the overall high gun prize in the final will include a brand-new gun and 1000 cartridges. In addition to this, a portion of every entry at all events will be donated to PATCH Scotland.”

Dr Gordon Paterson, a PATCH Director welcomed this high-profile joint venture which will become an annual event. He commented: “We were very heartened by the enthusiastic response to from the Braidwood team and the way in which the prospect of working in partnership has progressed. The Braidwood facility attracts shooters from a very wide catchment area covering the whole of Scotland, northern England and even further afield. The PATCH Summer Series will not only generate income for our charity but also help to raise awareness of our work among a very wide audience. So, we are very grateful to all at Braidwood for their interest and support.”